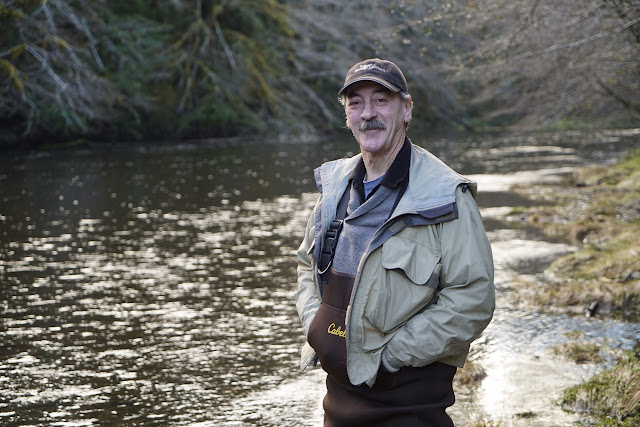 Norm was my Haida Gwaii mentor and close friend. Norm was a man dedicated to understanding the complex environment on Haida Gwaii and protecting it. To walk with Norm on his trails along the rivers of Haida Gwaii was like taking a crash course in advanced environmental studies.

Norm passed away suddenly on January 08 2016. During the 2016 Fall session on Haida Gwaii a few of us close to Norm built a memorial bench at one of Norm's favourite spots on the river, pictures below. 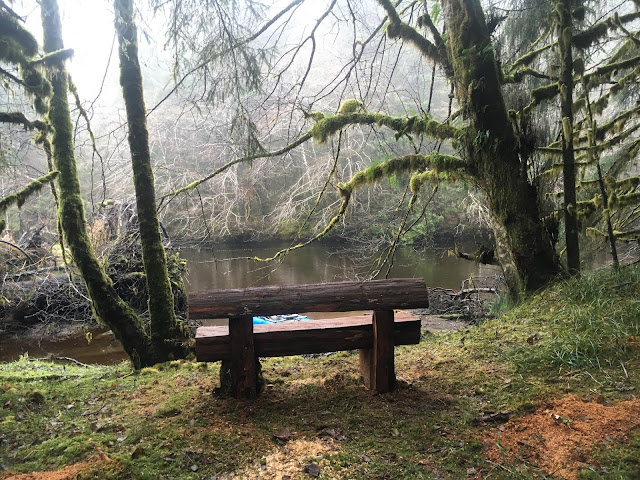 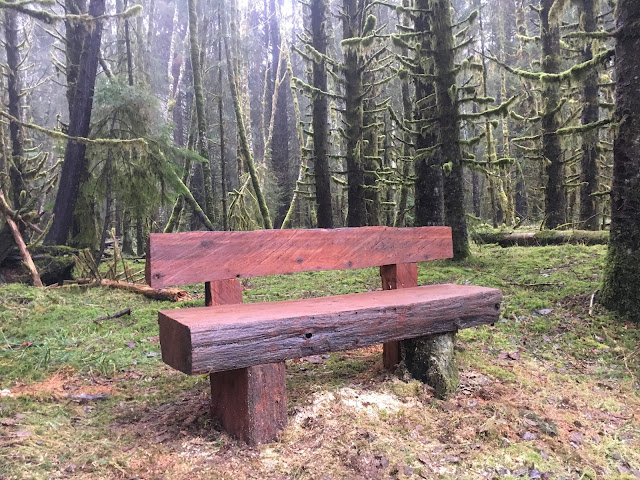 Apologies for the delay of my new website. The under construction page will be up for just a bit longer. Please feel free to contact me directly if you have any questions about Spey Lodge, Boundary Lodge or my Haida Gwaii Steelhead program.

“ The Steelhead, with the brightness of the sea still on him, is liveliest of all the river’s life. When you have made your cast for him, you are no longer a careless observer. As you mend your cast and work your fly well down to him through the cold water, your whole mind is with it, picturing its drift, guiding its swing, holding it where you know he will lie. And when the shock of his take jars through you to your forearms and you lift the rod to its bend, you know that in a moment the strength of his leaping body will shatter the water to brilliance, however dark the day” 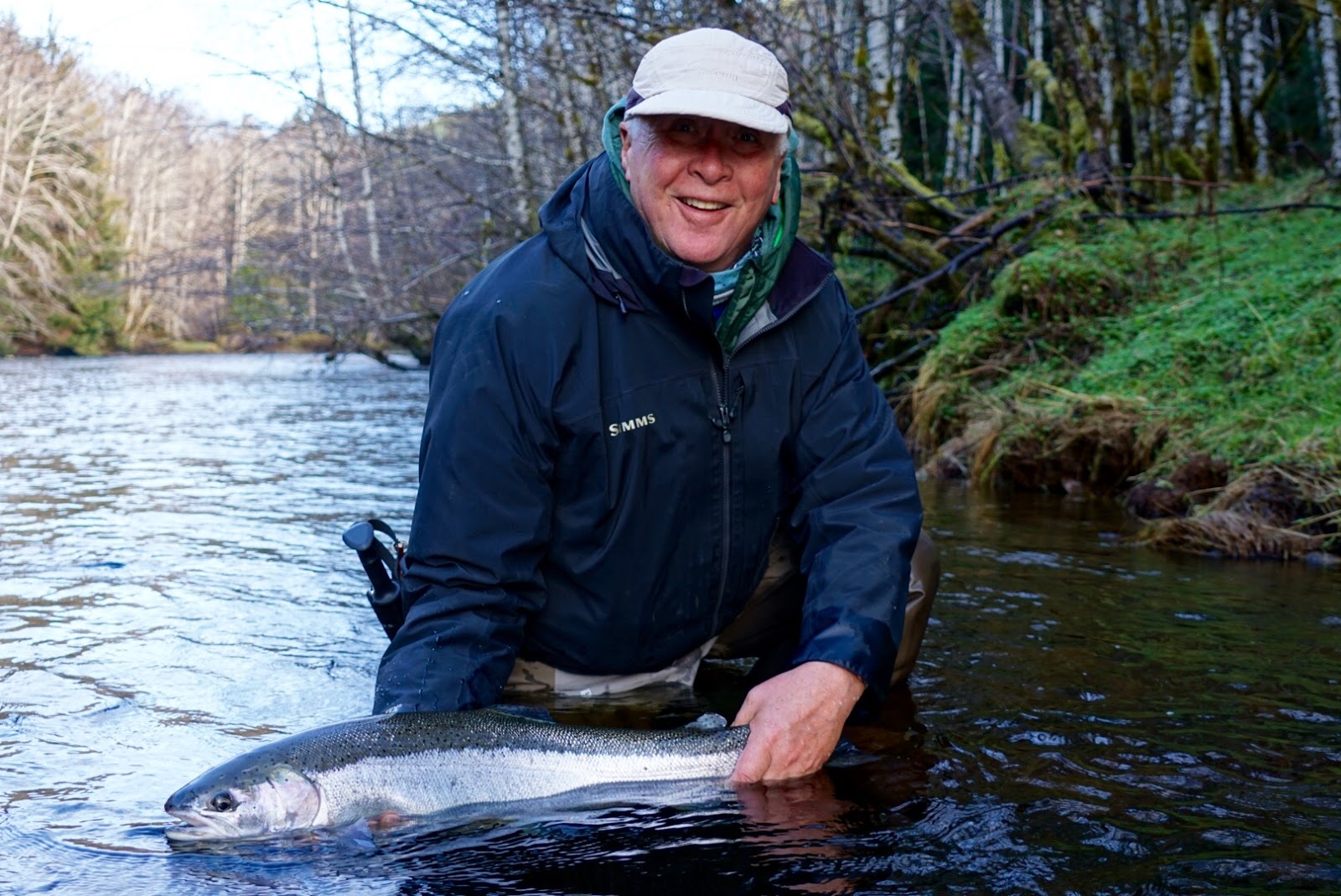 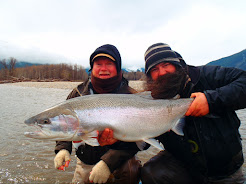 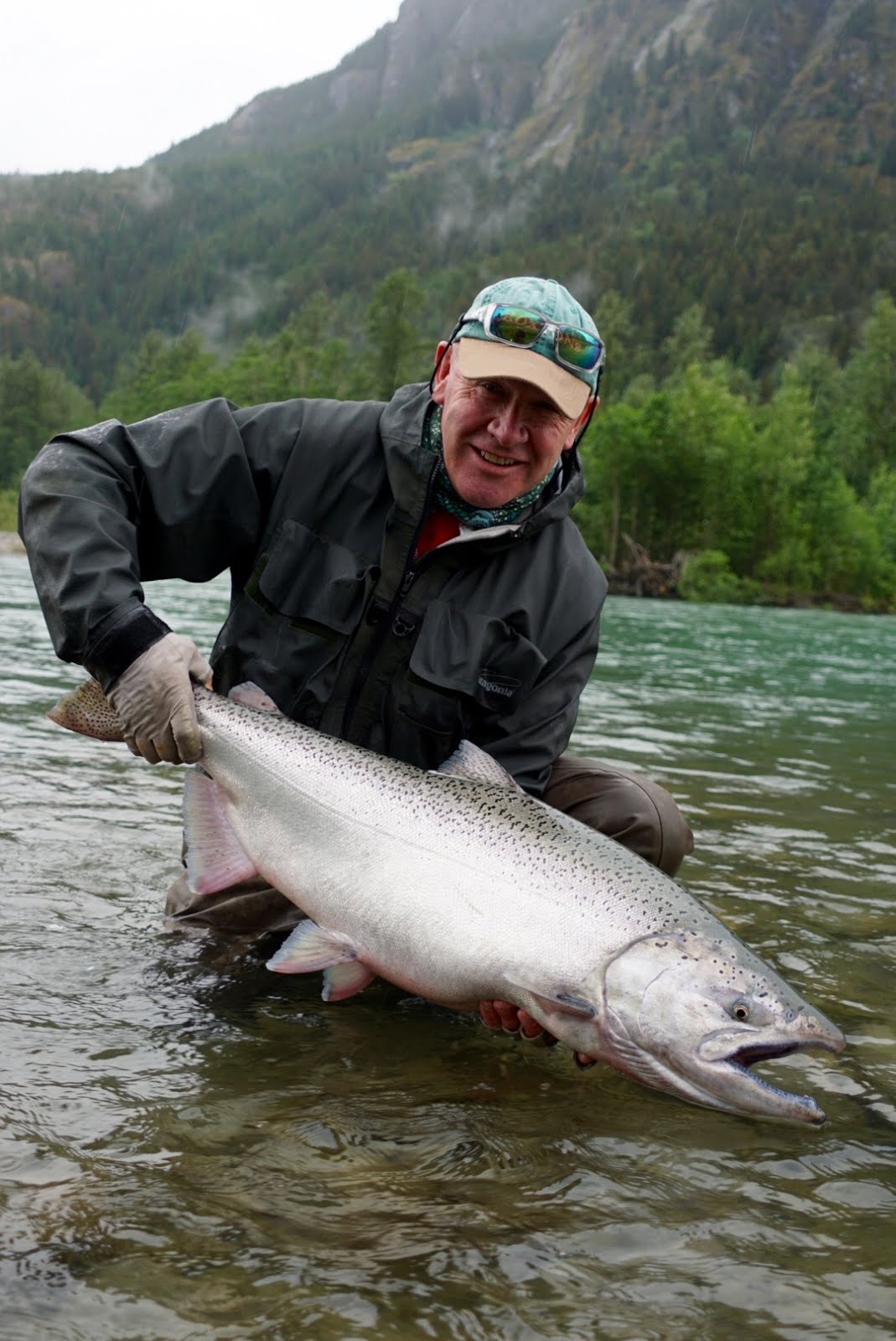 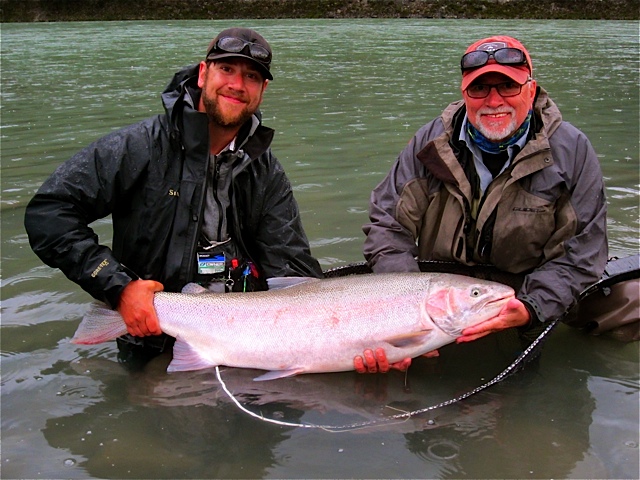 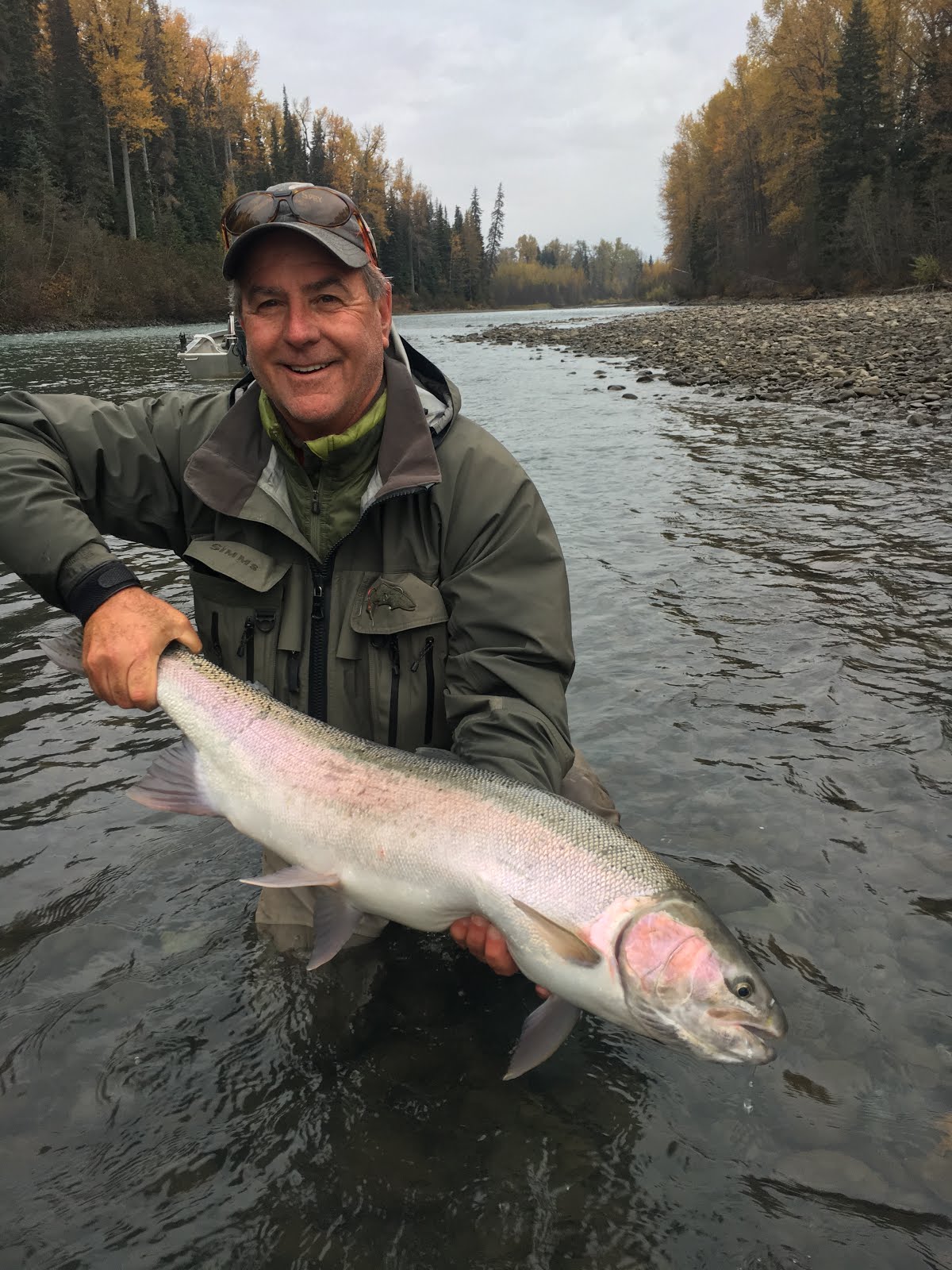 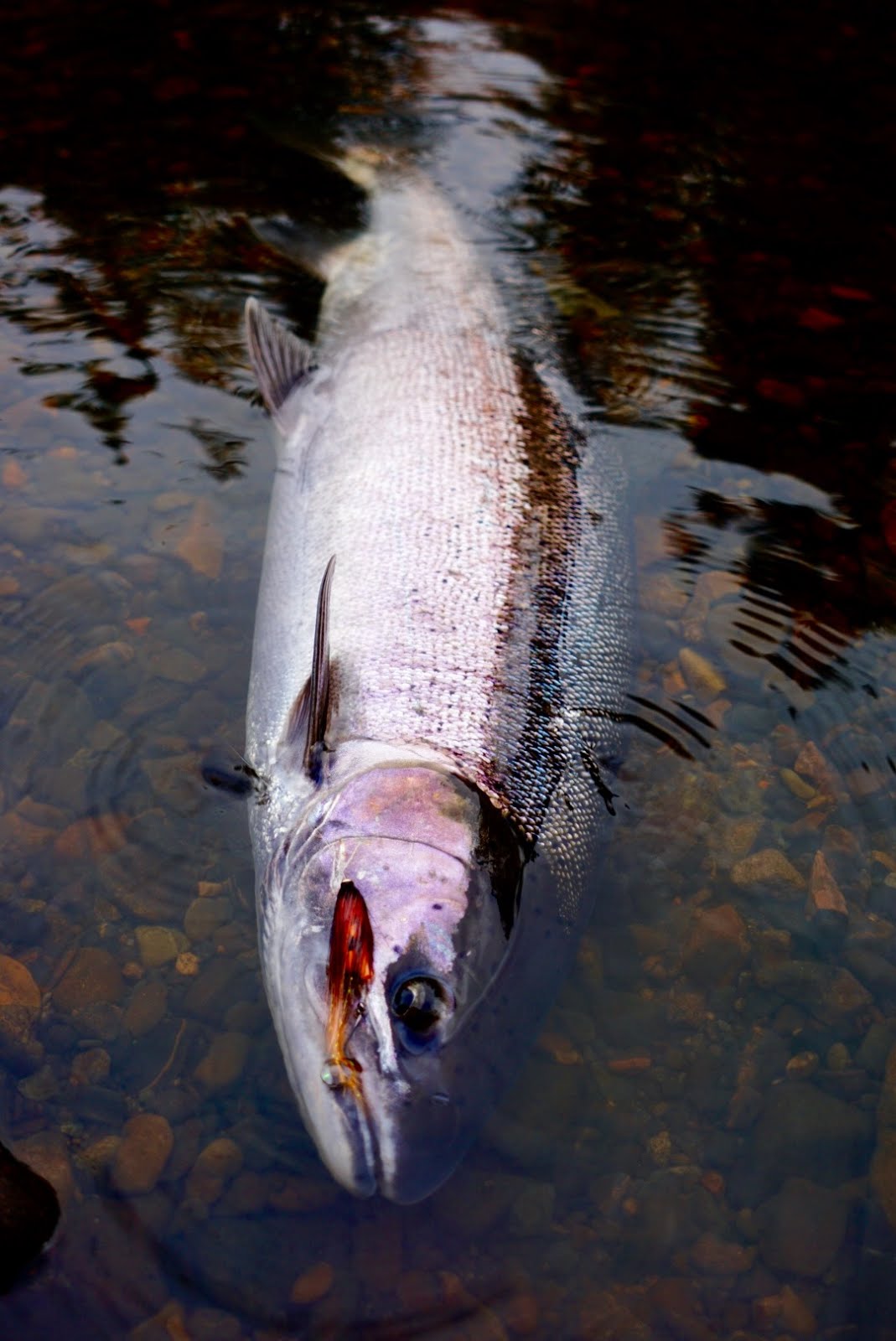